More than 30 excavation pits in the environs of Lake Tüttensee have encountered an impact layer that is suggested to be ejecta from the formation of Lake Tüttensee as a meteorite crater in the Chiemgau impact event [http://www.chiemgauimpact. com/artikel2.pdf]. Now, a very similar situation has been found with archeological excavations in the border area of Lake Chiemsee near Chieming-Stöttham. Undisturbed glacial drift with a fossil soil is overlain by a layer that must be interpreted as the result of a catastrophic event in the recent geological time. Like at Lake Tüttensee, the layer is composed of a multicolored mixture of deeply corroded rock fragments in a clayey matrix. Organic material like charcoal, teeth and bones as well as archeological objects are intermixed. This “catastrophe” horizon is overlain by a younger undisturbed occupation layer (Roman) and recent soil formation. Similar to Lake Tüttensee, the archeological finds and the geologic-archeological stratigraphy date the catastrophic event to have happened many thousand years after the end of the glacial period. 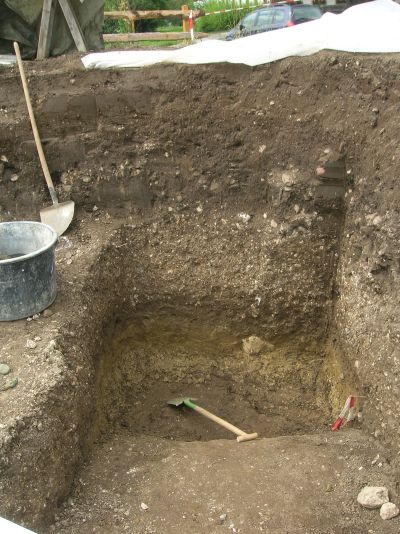 Fig. 1. The excavation pit and layering at Chieming-Stöttham exposing the “catastrophe”horizon (light, roughly in the middle of the image) 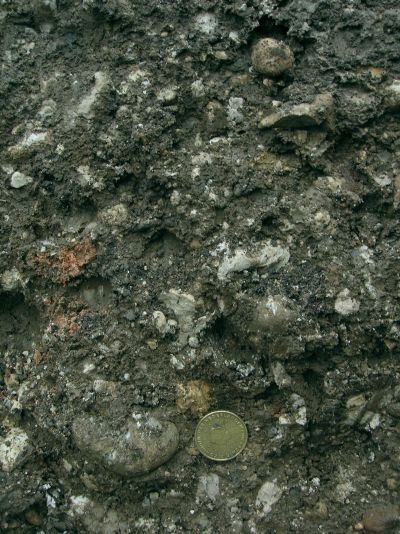 Because of the great distance to Lake Tüttensee, a formation of the Stöttham “catastrophe” horizon as ejecta from that crater can be excluded. Instead we propose another nearby impact, and there is some evidence that an impact into Lake Chiemsee was involved at least 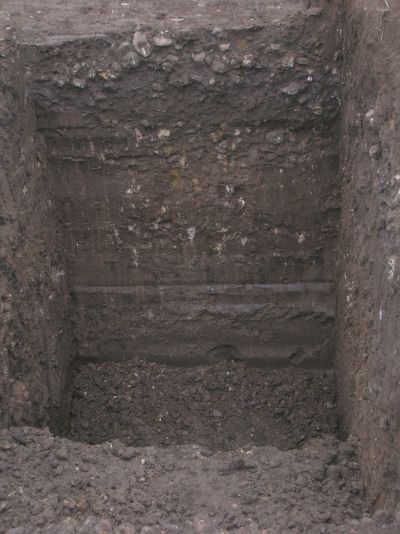 Fig. 3. Another exposure in the area of the archeological excavation. Here, the roughly 2 m deep pit cutting through the “catastrophe” layer has not encountered the autochthonous ground moraine. In comparison with Fig. 1 the exposure shows the fluctuation of thickness and composition of the layer. Many of the dark components are intermixed charcoal.