Geology of the target

Apart from the most northern part of the strewnfield (near the town of Marktl, for a rough orientation see the geologic general map in Fig. 1), where Tertiary (Miocene) gravels, sands and marls are exposed in the hilly terrain, the target is predominantly composed of Pleistocene moraine sediments and gravels. Pebbles, cobbles and boulders up to the size of 20 cm are intermixed with sands and clays. The components represent Alpine material in the form of sediments (mostly limestones and sandstones), magmatic rocks (mostly granitoids) and metamorphic rocks (mostly quartzites, gneisses, amphibolites, serpentinites and schists). Occasionally, larger blocks of cemented conglomerates (Nagelfluh) are observed. Locally, Holocene gravels, loess and loamy soils may contribute to the uppermost target layers. The lithologic variety of the target contributes to a considerable diversity of impact features in the affected rocks. 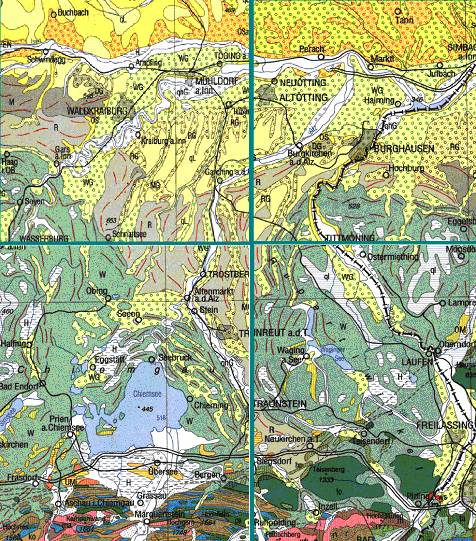