— A large number of excavation pits and new outcrops mostly provided by gravel pits in the meteorite crater strewn field has given enormous insight into the remarkable impact process and revealed a wealth of impact-typical deformations of cobbles and boulders of Alpine lithology.

A summary of these observations can be found in the article: Ernstson et al. (2010), The Chiemgau Crater Strewn Field: Evidence of a Holocene Large Impact Event in Southeast Bavaria, Germany; klick here:  http://elib.sfu-kras.ru/bitstream/2311/1631/1/04_.pdf 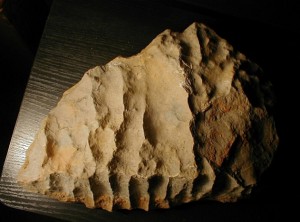 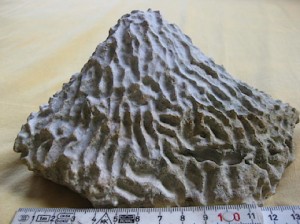 Many of the craters exhibit enormous deformations of the clasts at the floor and in the rim walls. They comprise heavily fractured however coherent blocks, widely open sharp-edged fissures in coherent cobbles, rotated fractures, in situ grit brecciation (monomictic movement breccias) and mortar texture (Figs. 1 – 8). Lots of these remarkably deformed cobbles were sampled also from the rim wall of the Lake Tüttensee crater. 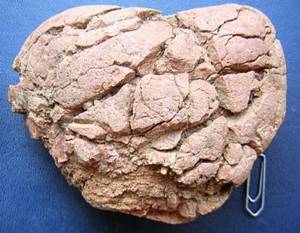 Fig. 1. Strongly fractured sandstone cobble typically found in the craters of the strewnfield. 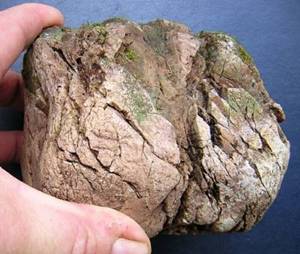 Fig. 2. Heavily fractured quartzite block from the rim wall of Lake Tüttensee crater. Note the multiple sets of closely spaced fractures and the distinct displacements. Nevertheless, the block remains coherent and is not broken to pieces typical of high-pressure/short-term deformation. 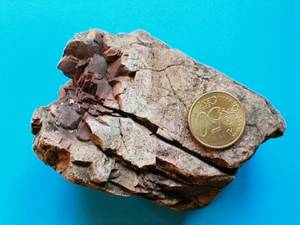 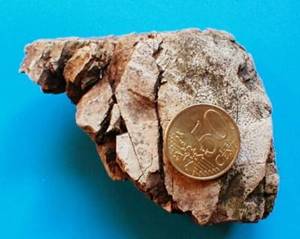 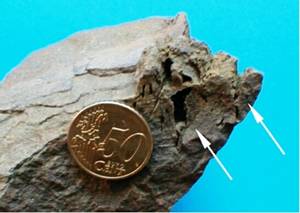 Fig. 5. From the Tüttensee ringwall ejecta. Note the coherence of clast and extended fragments (arrows). 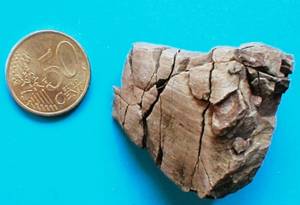 Fig. 6. From the Tüttensee rim wall. 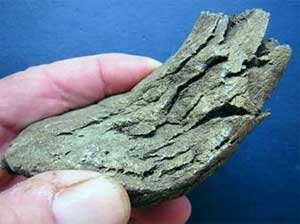 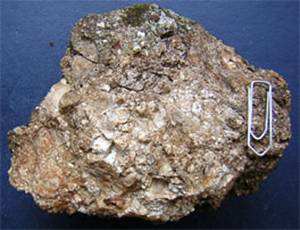 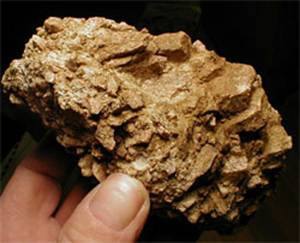 Geologists having worked in the strewnfield region (e.g., Doppler & Geiß 2005) are regarding these deformations as quite normal being the result of Alpidic tectonics or even weathering. This explanation must practically be excluded considering that the cobbles were transported by ice and in particular by rivers from the Alpine region to the area of deposition. In the case of transport by ice we may imagine that fractured clasts were embedded within the glacier and simply sank to the ground upon melting of the ice. However, the question arises why these heavily deformed components were deposited, carefully targeted, at that places only where today the craters with a rim wall are located. It is even more difficult to understand a transport in a torrential (because of the size of the cobbles) river. The samples from Figs. 1- 8 demonstrate that these or similar cobbles would not have survived a 50 m transport. We conclude that we are dealing with in situ deformations that is the cobbles experienced the fracturing and brecciation in places where they are exposed today.

In particular for the Lake Tüttensee crater (with a diameter of about 400 m the hitherto largest crater in the strewnfield), Quaternary geologists relate the rock deformations with Alpidic tectonics and glaciation. In their opinion Lake Tüttensee is a relic from glaciation, a so-called dead-ice moraine. Dead-ice depressions are a common feature: When glaciers come to standstill and retreat, ice bodies may separate – they become “dead ice”. On burial by fluvial glacier deposits, they get isolated from heat and sun radiation and thus can survive for a long time. Final melting causes the fluvial deposits to sink, and depressions – the dead-ice depressions – are formed. In a few cases dead-ice depressions may be surrounded by hills forming a ring-like pattern. Such a morphology is explained by a different melting in the center and at the rim of the buried ice body. In the case of the Tüttensee rim wall, however, it is absolutely inexplicable how the enormous deformations of lots of cobbles could have survived the fluvial transport to bury the ice body.

The Quaternary geologists’ holding to old models is comprehensible (see Lake Tüttensee). In general, impact processes are strange to them, in particular the dynamic processes running within an extremely short time. However, the related rock deformations are in many cases diagnostic excluding slow tectonic, quasi-static movements. This is well known in impact research but did not find its way into geologic-tectonic literature.

Early observations of such deformations were made in the Ries impact structure (Chao 1977; also see Rampino et al. 1996, 1997 a, b, und Claudin et al. 2001) (Fig. 11). Abundantly, these deformations occur in the ejecta of the Spanish Azuara and Rubielos de la Cérida impact structures (Ernstson & Claudin 1990, Ernstson et al. 2002) (Fig. 10). Depending on their individual pattern they are termed “bread-cut-to-slices” features or rotated fractures. They have been observed also in the Crooked Creek und Decaturville, Missouri, USA, impact structures. The occurrence of hard (competent) clasts in a soft (incompetent) matrix is basic for the understanding of the deformation processes. Fracture-mechanically, a high-pressure/short-term process must run as is the case during an impact. A high confining pressure together with a superimposed differential pressure is required

a. to enable a sufficient energy to be transmitted in the soft matrix and
b. to preserve coherence of the clasts despite squashing, shearing and torsion.

And a short-term stress is necessary because otherwise, on long-term slow deformation,

A tectonic origin for these particular deformations can be excluded. 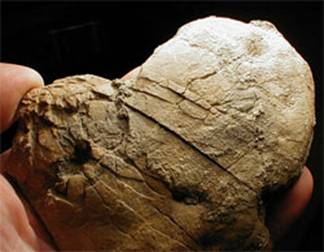 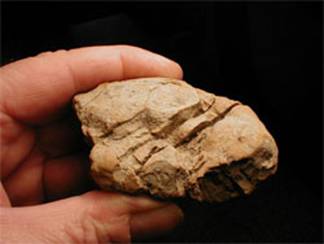 Fig. 10. Characteristically deformed components from the soft matrix of the Bunte breccia ejecta of the Ries impact structure. 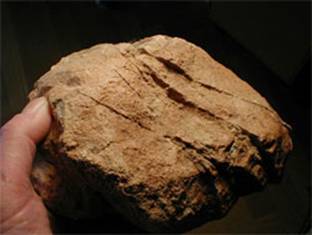 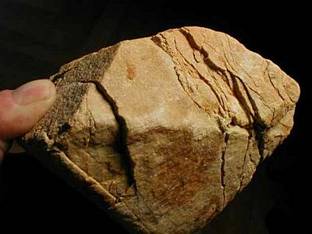 Fig. 11. Characteristically deformed clasts from the soft matrix of the ejecta of the Azuara/Rubielos de la Cérida impact structures (Spain).

Likewise, the widely open fissures in the otherwise coherent cobbles with completely smooth surfaces without any shearing (Fig. 12, Fig. 14) cannot possibly originate from tectonics, to say nothing of weathering processes, as is suggested by Doppler & Geiß (2005). Instead, these so-called spallation features are the typical result of dynamic shock deformation.

Fig. 12. Open spallation fissures in a cobble from the rim wall of the Lake Tüttensee crater (to the left).

Spallation is a well-known process in fracture mechanics (Fig. 13) as well as in impact cratering (Fig. 15) (Ernstson et al. 2001 a, b) and has been investigated theoretically and experimentally by many researchers. Unfortunately, it is less well known that spallation can also be observed in nature as an actually existing geologic phenomenon in and around impact structures. Spallation takes place when a compressive shock pulse impinges on a free surface or boundary of material with reduced impedance (= the product of density and sound velocity) where it is reflected as a rarefaction pulse. The reflected tensile stresses lead to the detachment of a spall or series of spalls.
For a more complete understanding of spallation (not to be confused with nuclear neutron spallation) and related deformations we refer to
http://www.impact-structures.com/Archiv/archiv.html
http://www.impact-structures.com/spain/shocked/spallation.htm
Finally we emphasize that the examples shown in the Figures do not represent scarce finds but regularly occur in and around the strewnfield craters. In the wall surrounding the largest crater, Lake Tüttensee, estimated 40 – 50 % of the so far examined larger cobbles and boulders exhibit strong deformations, whereas all gravel pits next to the crater are void of these characteristically deformed rocks.