An important observation in and near the craters of the impact strewnfield are glass-bearing rocks (Alpine cobble material from Quaternary deposits) that must have been exposed to very high temperatures (see Mineralogy, petrology, geochemistry).

A formation of the melt glass from impact shock can practically be excluded, because the shock pressures required for the production of total-rock melt were effective at selected points at most. Therefore it is suggested that the cobbles were exposed to the extreme temperatures in the explosion cloud (exploding methane ice of a comet?) either in situ or as ejecta. This is substantiated by nanodiamonds identified in the glass coating of to such an extent heated crater cobbles (see Astronomical aspects and relations and the literature referred to). 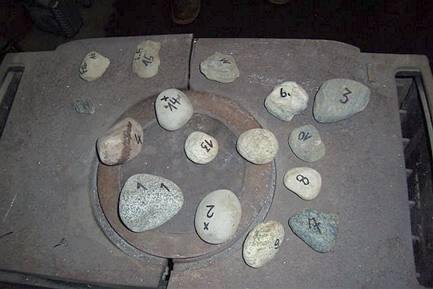 Fig. 1. Before the melt experiments: Cobbles of various Alpine rocks.

In order to get a rough idea of the temperatures and time spans required for the formation of the observed melts and glasses we performed simple experiments on typical cobbles of Alpine rocks (Fig. 1). Assisted by Johannes Kübler from Bergen village, the cobbles were exposed to an acetylene burner having a temperature of about 2,500 °C in its center. 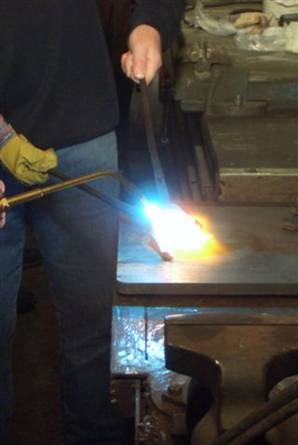 Fig. 2. A cobble heated by the acetylene burner.

The results are summarized as follows:

The melt rocks and glasses as observed in nature were produced in nearly the same kind: glass coatings, scoria-like particles and melt lumps fused to the cobbles’ surface (Fig. 3 A – D). The time required for the formation of the melts at 2,500 °C was of the order of 10 – 20 seconds. Moreover, a remarkable behavior could be observed on heating typical basic rocks like amphibolites and serpentinites. Up to temperatures of about 1,600 – 1,800 °C, nothing happened except for a slight glow of the cobbles even when heated over a long time. However, exposing the cobbles to temperatures exceeding 2,000 °C, the rock splatters within seconds to melt that cools down to slag-like particles very similar to the scoria-like material found with the craters of the strewnfield.

More sophisticated experiments are planned for the future. However, the previous results have already shown that at sufficiently high temperatures the formation of rock melt and glass is achieved within a very short time. This exactly is to be expected with an impact explosion when temperatures in the explosion cloud exceed several thousand degrees. 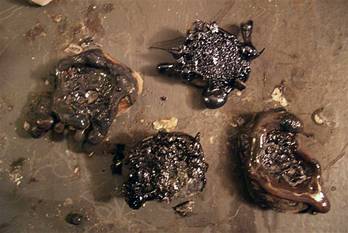 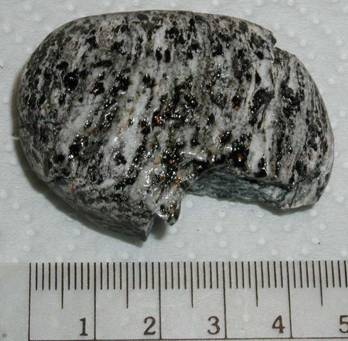 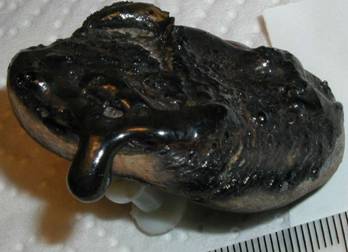 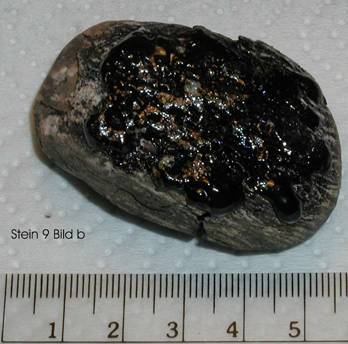