Shatter cones are conical fractures in rocks exhibiting typical fracture markings that are produced by shock waves and that belong to the well-known and reliable macroscopic shock features in rocks from meteorite craters (impact structures).

So far, shatter cones have never been found in the crater strewn field of the Chiemgau impact as a positive impact evidence, which we explained by the predominant uncemented loose sediments of the impact target. In this regard, a change of thinking is necessary since only recently clear shatter cone structures were detected in a rock sample from the Lake Tüttensee ring wall (Fig. 1). 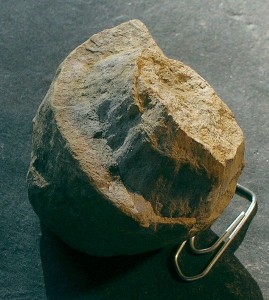 Fig. 2. The graphically completed frustrums of the counter shatter cones. – The circular conic section of the larger cone.

Fig. 3. The Lake Tüttensee shatter cones in comparison with a shatter cone in dolomite from the Crooked Creek meteorite crater, Missouri, USA.

Although weathered, the typical horsetail fracture markings of the Lake Tüttensee shatter cones can still be recognized. A confusion with other structures (cone-in-cone structures, lancet fracture markings, ventifacts, etc.) often seen with inexperienced observers and mistakenly shown even in the internet, can be excluded.

Because of the find in the area of the impact ejecta of the Lake Tüttensee ring wall we have to assume that the shatter cones formed near the central impact point where the necessary shock pressures (roughly 2 – 20 GPa) were obtained, before they were excavated and ejected as rock fragment. We are unable to reconstruct the shape of the original rock. Possibly it was a big moraine erratic block or a larger sandstone component as part of a thick Nagelfluh (= strongly cemented conglomerate) plate. Large sharp-edged rock fragments are still today found on the Lake Tüttensee bank. It is unknown, however not to be excluded entirely, whether shatter cones can form also in individual cobbles. There is still much open with regard to the process of shatter cone formation. For example, till this day it is unresolved why in the mixed target of the Ries impact structure clear shatter cones are only known from crystalline rocks but have never been found in optimally suited Malmian limestones although pressure conditions must have been fully adequate.

As for the Ries crater shatter cones we note that they are not only found in crystalline rocks exposed within the crater (e.g., in the abandoned Wengenhausen quarry) but can be sampled also as nice specimens from the Bunte breccia ejecta. These are the same conditions as obviously fulfilled at Lake Tüttensee: The shatter cones develop in the very beginning of the cratering process on passage of the shock wave and are then ejected with the shocked rock.

The combination of counter cones with the Lake Tüttensee shatter cones is remarkable. In general and statistically verified, the cone apices more or less point towards the source of the shock deformation. However, strongly varying orientations are observed, and frequently – as in the Lake Tüttensee case – reverse cones occur. This can be explained physically (David 1977) not further considered here. In the case of the Crooked Creek shatter cones (Fig. 3) reverse cones are relatively abundant, and in Fig. 4 and Fig. 5 examples from the Steinheim and Kentland impact craters are shown. 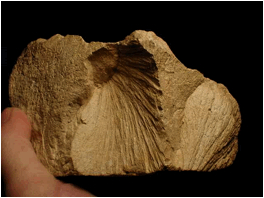 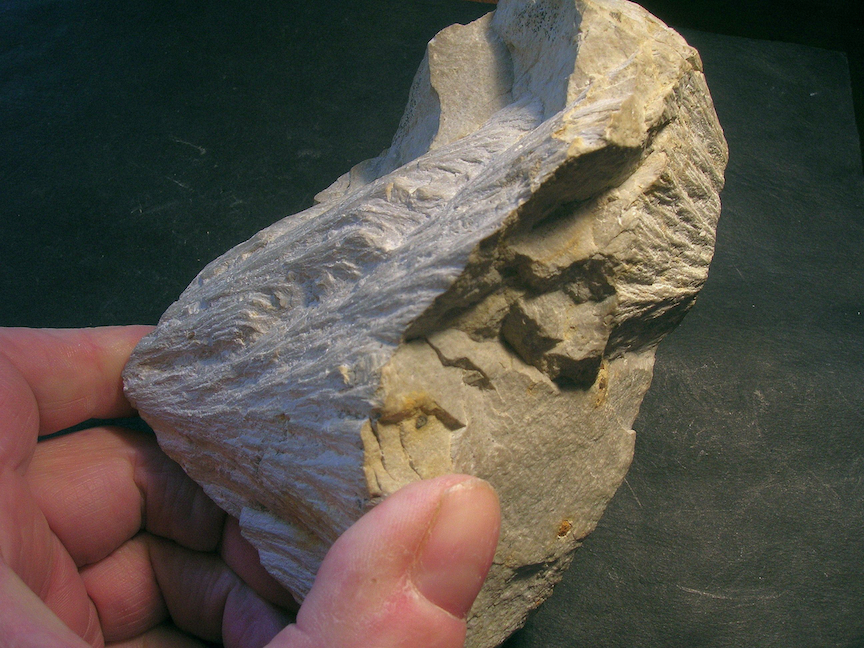 Summarizing we conclude: The original opinion that the dominating loose sediments of the Chiemgau impact target have prevented shatter cone formation can obviously no longer be maintained. Therefore, it may be promising to look for more respective pieces of evidence, which requires memorization of the most important features of these very peculiar fracture markings. The probably most comprehensive information about shatter cones may be clicked here: