* Faculty of Philosophy I, University of Würzburg, Germany;

Here, I report on a recently discovered outcrop in a gravel pit near the village of Eglsee not far from Lake Chiemsee and on compelling geologic evidence of a giant tsunami. The reason for publishing this short report here and now in the Internet is that it is rather uncertain how long the remarkable and geologically educational outcrop will survive further exploitation. Awaiting submission, acceptance and print in a peer-reviewed journal may lead to the case that the site is no longer in existence then. Therefore, interested geoscientists, in particular local and regional glacial-period geologists should take the opportunity to get an idea of this exceptional geologic scenario the more so as the history of the glacial and post-glacial development of Lake Chiemsee and its environs may directly be concerned. 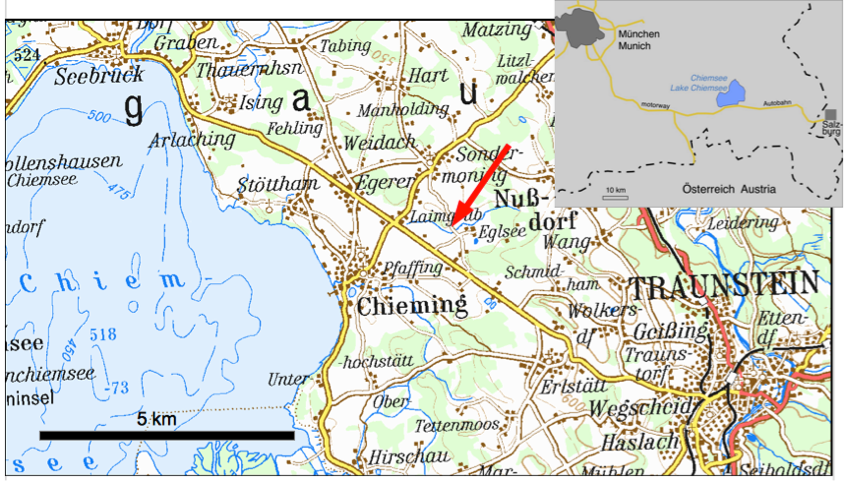 Fig. 1. Location map of the gravel pit near Eglsee (arrow) in the county of Traunstein, about 2.5 km away from the Chiemsee lakeshore. 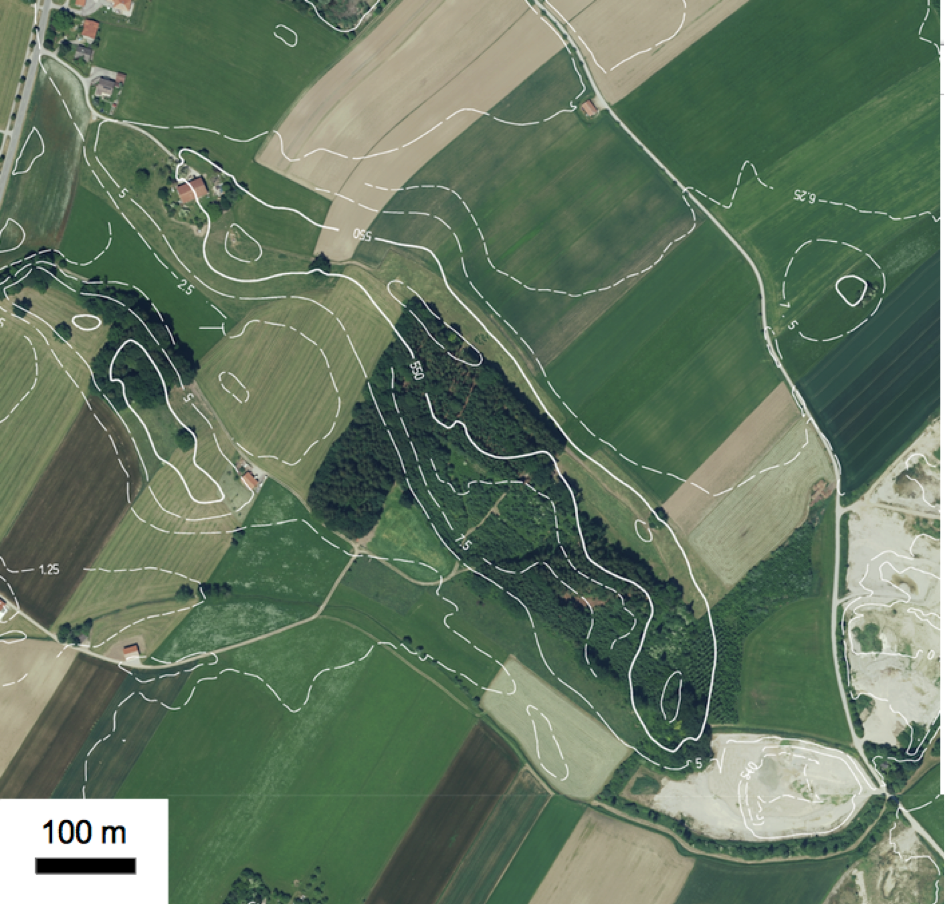 Fig. 3. The gravel pit at the edge of a flat chain of hills in the middle of the extended low-land areas of a formerly larger Lake Chiemsee. White lines are contour lines (meter a.s.l.). Image source: Landesamt für Vermessung und Geoinformation.

Fig. 4 shows a panoramic photo of the quarry face spreading the outcrop to a size larger than in reality. In the lower part of the figure some characteristics of the layering have been delineated which emphasizes a few more prominent parts of a cross bedding as well as a block horizon with significant relief.

Fig. 4. The exposure in a panoramic photo showing a few significant features. Click to enlarge the image in good resolution.

One day after the photo of Fig. 4 was taken heavy and high-yield rainfalls distinctly embossed the peculiarities of the wall as Figs. 5, 6 show in an instructive excerpt. An impressive cross bedding occupies the complete height of the wall with a great number of mostly curved layer units of different wavelengths. The individual layer packages turn up to be markedly separated by an abrupt change of the grain size. Also the block horizon that traverses the complete wall has become much more evident by the flushing.

Fig. 5. After the heavy-rainfall washing of the exposure the impressive cross bedding appears. Like Fig. 4 this photo may considerably be enlarged by clicking. 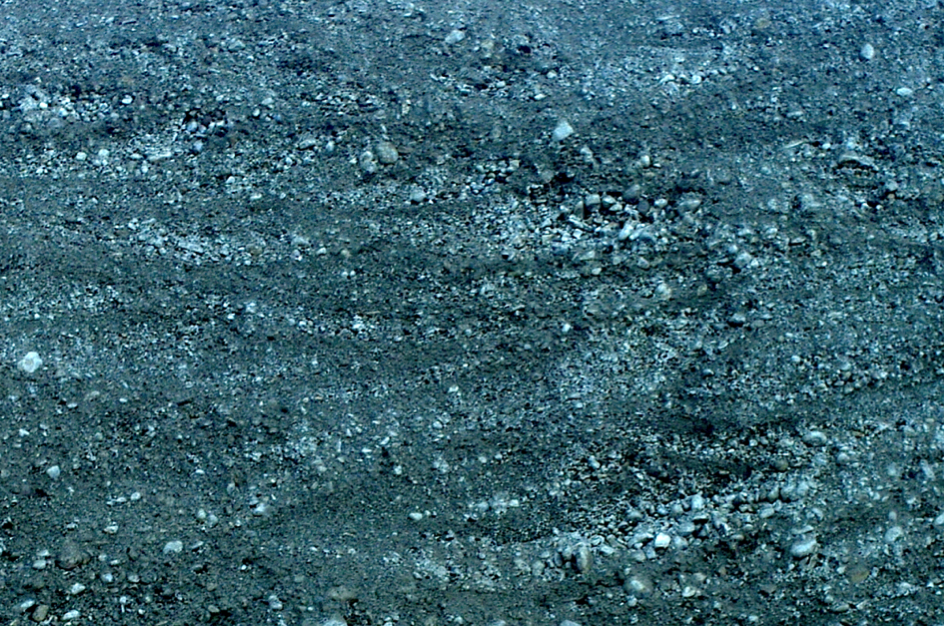 Fig. 6. Close-up of some of the smaller cross-bedded units (a little bit to the right of the center of Fig. 5).

Obviously in order to prospect further exploitation possibilities the owner of the gravel pit has excavated a bigger hole in a short distance behind the wall under consideration which enables a detailed insight into the continuation of the layering with cross bedding and block horizon (Fig. 7). 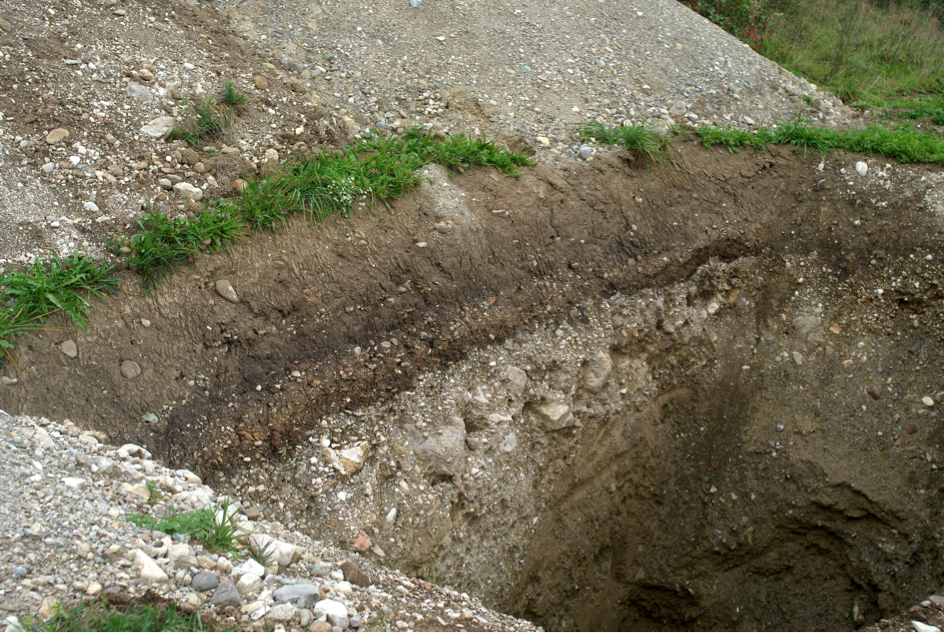 Fig. 7. Exploration pit for an expansion of the gravel exploitation allowing a closer look at the block horizon as part of the cross bedding. Rounded and sharp-edged broken components are equally represented.

The rock material establishing the cross bedding in the exposure may be termed a diamictite that is in part strongly hardened and consists of a multicolored extremely bad-sorted rock composite. The grain size ranges from silt to blocks with a diameter of up to one meter (Fig. 8 -10). The typical attribute of diamictites that is a mixture of rounded and sharp-edged components is found down to smaller fractions. Rather unusual for a diamictite, limestone cobbles may show multiple sets of intersecting scratches all around that in particularly fine formation may merge into a polish (Fig. 11). 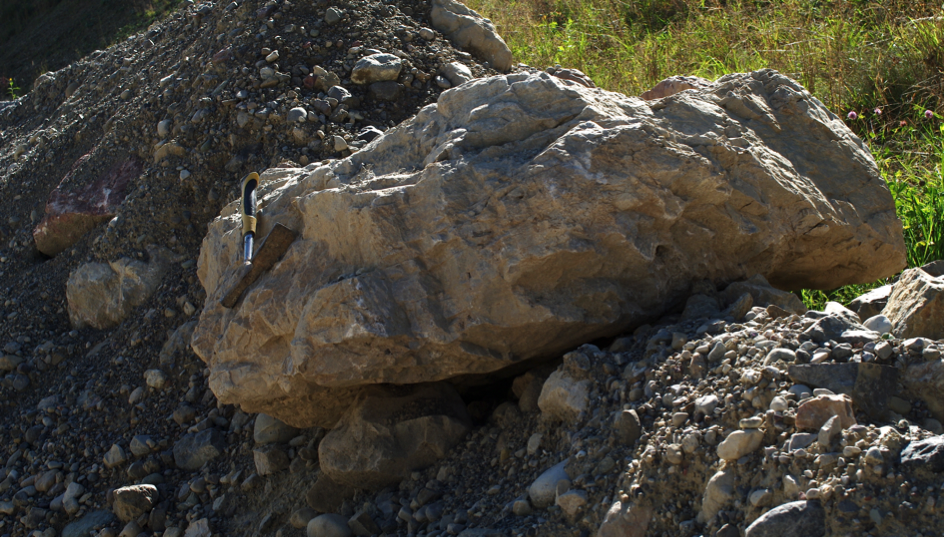 Fig. 8. A bigger limestone component from the block horizon within the cross bedding. Hammer for scale. 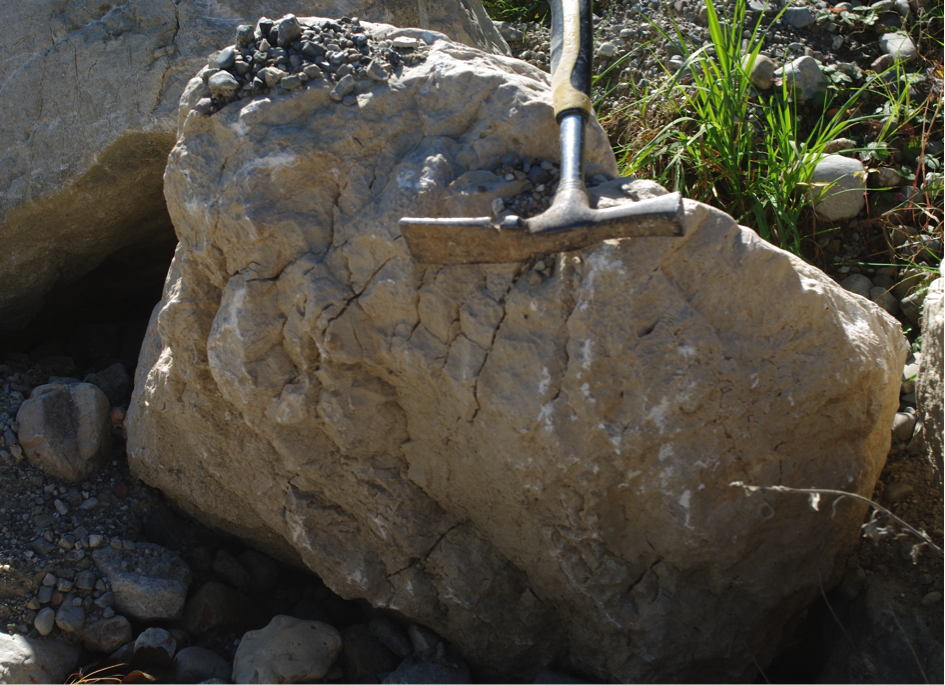 Fig. 9. One more big limestone component from the block horizon exhibiting a set of open tensile fractures that point to dynamic load and spallation. 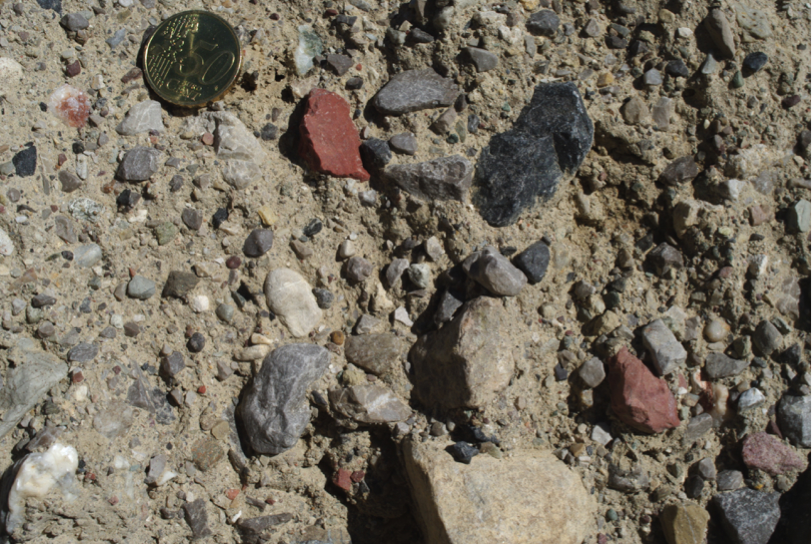 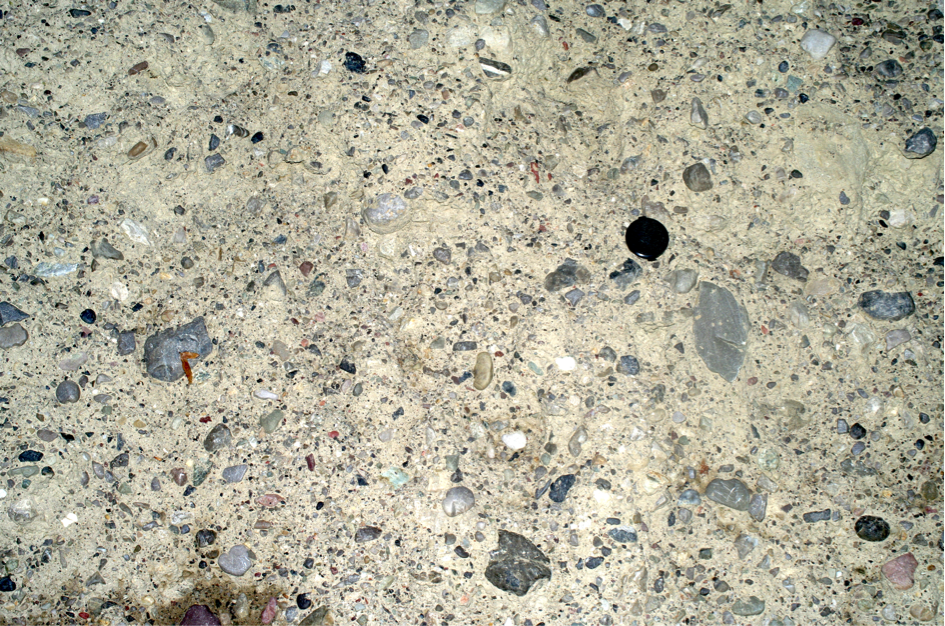 Fig. 11. Even the smallest particles – frequently limestone – are in their majority sharp-edged broken. It proves that the sediment establishing the cross bedding had a short way of transportation only. Otherwise, the particles would at once have acquired roundness. – Camera cap as a scale. 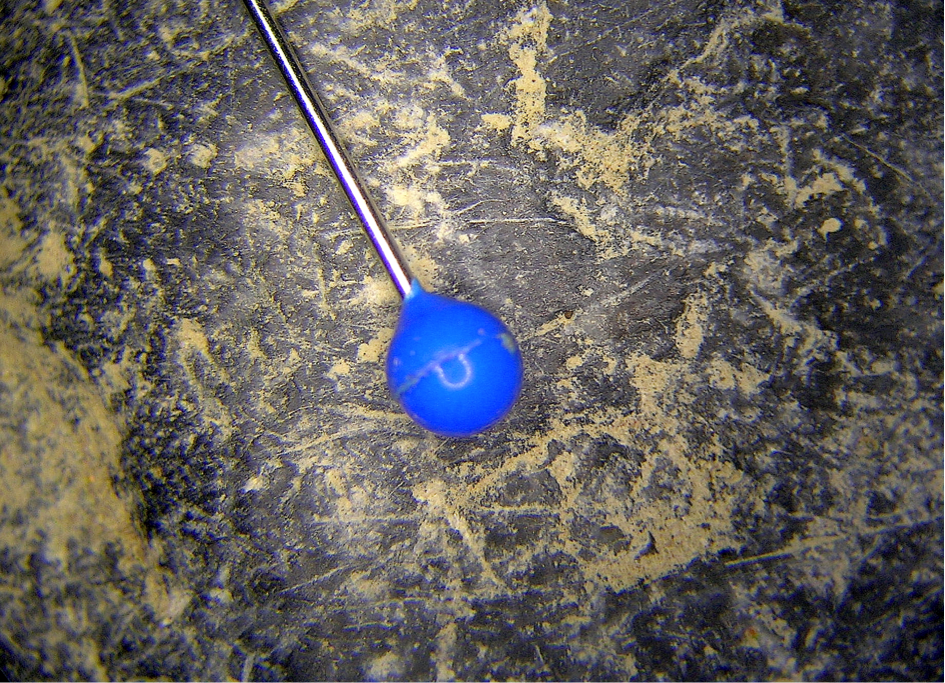 Fig. 12. Surface of a limestone cobble from the cross-bedded diamictite with multiple sets of scratches which in patches may merge into a mirror polish.

Cross bedding is a common phenomenon in geology (Fig. 13). It results from a sand or gravel transport by wind or water with repeated directional change of erosion and sedimentation. 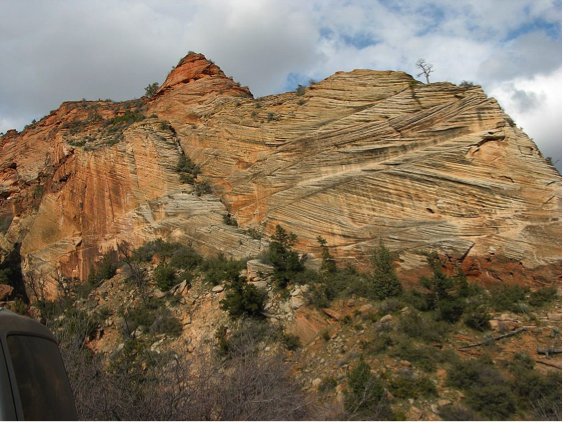 Also diamictites belong to the geologic sedimentary inventory having the already described properties: a mostly polymictic, badly or not at all sorted material consisting of rounded and angular components. The term does not imply a genetic attribution, it is however frequently and mistakenly put on a level with tillite that is with glacial processes and glaciers.

Indeed, quite different processes may lead to the formation of diamictites. Apart from glacial drift and moraine material diamictites may form in volcanic mudflows, by submarine debris flows, as erosion debris, with tectonic processes, as typical meteorite impact ejecta, and with many other processes.

The herein discussed diamictite showing a distinct cross bedding is something unusual. Because of its occurrence in the glacially characterized pre-Alps landscape one is rapidly willing to think of ice age, glaciers and moraines, in particular with regard to the deposit exposed very near to the Lake Chiemsee glacier end moraines mapped around the lake (e.g., Troll 1924, Ganss 1953, Hormann 1974, Darga 2009).

A formation of the cross bedding by wind transport can reasonably be excluded straightway. A water transport remains that has above all to fulfill the following requirements: It must have been so energetic as to have transported even big blocks up to meter size. The transport route must have been short, because otherwise the fragmented small and larger components, in particular the sharp-edged limestone ones, would have acquired roundness. The intersecting sharp scratches and distinct polish to be observed around cobbles would have disappeared at the latest after a few tens of meters of water transport – unless the components had acquired these features only at the deposition under high confining pressure. Because of the relatively short wavelengths of the cross bedding units erosion and sedimentation across a broad front must be excluded. Instead current conditions changing briefly and on a small scale are rather to be expected.

Hence, bearing these findings in mind all considerations that relate the cross-bedded diamictite to any ice age processes are doomed to failure. This concerns melt waters that indeed may produce cross bedding but are unable to deposit big sharp-edged blocks in a thin stone horizon of considerable relief. Moreover, melt water transport and sedimentation that let sharp-edged rock fragments and mirror polish survive are unthinkable.

Diamictites and moraines are indeed inextricably linked, but end or ground moraines with well-assorted cross bedding on deposition have so far not been observed and, moreover, would mess up all understanding on their formation.

A relation of the cross-bedded diamictite with any known glacial processes can thus be ruled out.

This assessment directs a view to a process that although not yet understood in all its details provides the probably sole framework for the interpretation of this quite unusual geologic setting: a huge tidal wave (a tsunami) that emerged in the nearby Lake Chiemsee and with enormous energy overprinted vast areas of the Lake Chiemsee environs also geologically.

Initial point is the discovery of a rimmed doublet crater at the bottom of Lake Chiemsee (Ernstson 2012) (Fig. 14). This structure with dimensions c. 900 m x 400 m was very probably formed by the impact of a broken cosmic projectile into the lake. As computation shows (D. Sudhaus, written comm.) the impact of a projectile measuring only 2 m into the water of Lake Chiemsee produces a more than 25 m high tidal wave on the banks which overruns vast areas on land. According to impact research the size of the projectiles to have produced the doublet crater could have been of the order of 20 – 40 m. Ideas about the tidal waves that must have been produced by such an impact are beyond estimate for now as is the case for more precise ideas about the individual processes: excavation of a primary transient doublet craters of the order of 100 m depth at the bottom of lake Chiemsee and the propagation of a first giant tsunami – collapse of the transient doublet crater with a resurge of water and rock masses – morphology-driven backwash of the first big tsunami towards Lake Chiemsee – new wave propagation starting from the collapsed transient crater and its central peak to form a second accumulating tsunami and backwash – multiple reflections of high flood waves at the banks of Lake Chiemsee, interferences and steepening to smaller fresh tsunamis that inland inundate several times. These considerations do not take into account the possibility that more accompanying impactors bombarded Lake Chiemsee the traces of which have meanwhile disappeared or have not been discovered so far, and such a multiple impact could have configured the tsunami scenario by far more complex.

In this scenario the momentarily exposed cross-bedded diamictite in the Eglsee gravel pit does not open more than a relatively small window, but it allows a convincing attribution of the observations and findings in this geologically impressive deposit to exactly such a scenario. Even, and perhaps just the transported meter-sized blocks render a gigantic tsunami plausible if not necessary which is supported by the examples of the big tsunami that followed the strong earthquake near the Samoa islands in 2009 (Fig. 15). 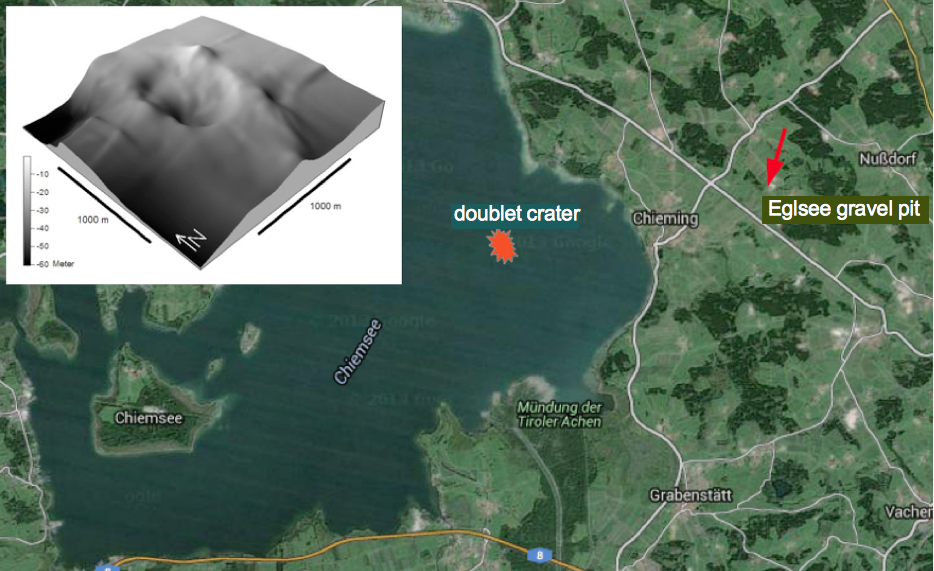 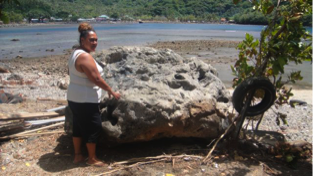 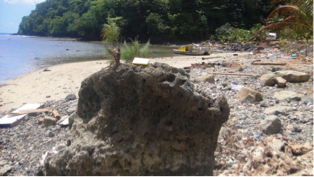 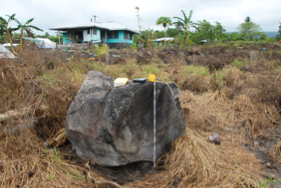 The outcrop in the Eglsee gravel pit exposing the cross-bedded diamictite and its most notable features as in proof of a giant Lake Chiemsee tsunami is one more module for a better understanding of the Chiemgau impact processes which should have modified the post-glacial geology of the region such eminently. For some aspects of the ice age research a review of familiar and long-accepted geologic conceptions may be necessary. This does not only concern the dead-ice theory for the Lake Tüttensee crater meanwhile definitely disproved, but from now on also the ice age inventory around Lake Chiemsee. Further research will show whether big tsunami “end moraines” may come into competition with a Lake Chiemsee glacier with its textbook annulus of end moraines and related features hitherto established and discussed (Troll 1924, Ganss 1953, Hormann 1974, Doppler 1982, Darga 2009, Doppler et al. 2011, Völkel et al. 2012, and others).

Rappenglück, B., Ernstson, K., Mayer, W., Neumair, A. Rappenglück, M.A., Sudhaus, D., and Zeller, K.W. (2009): The Chiemgau impact: An extraordinary case study for the question of Holocene meteorite impacts and their cultural implications. – In: Belmonte, J. A. (ed.), Proceedings of the International Conference on Archaeoastronomy, SEAC 16th 2008 “Cosmology across Cultures. Impact of the Study of the Universe in Human Thinking”, Granada September 8-12, 2008, A.S.P. Conf. Ser., 2009.

Völkel, J., Murray, A., Leopold, M., and Hürkamp, K.: Colluvial filling of a glacial bypass channel near the Chiemsee (Stöttham) and its function as geoarchive. – Zeitschrift für Geomorphologie (Annals of Geomorphology), 56(3), 371-386, 2012.