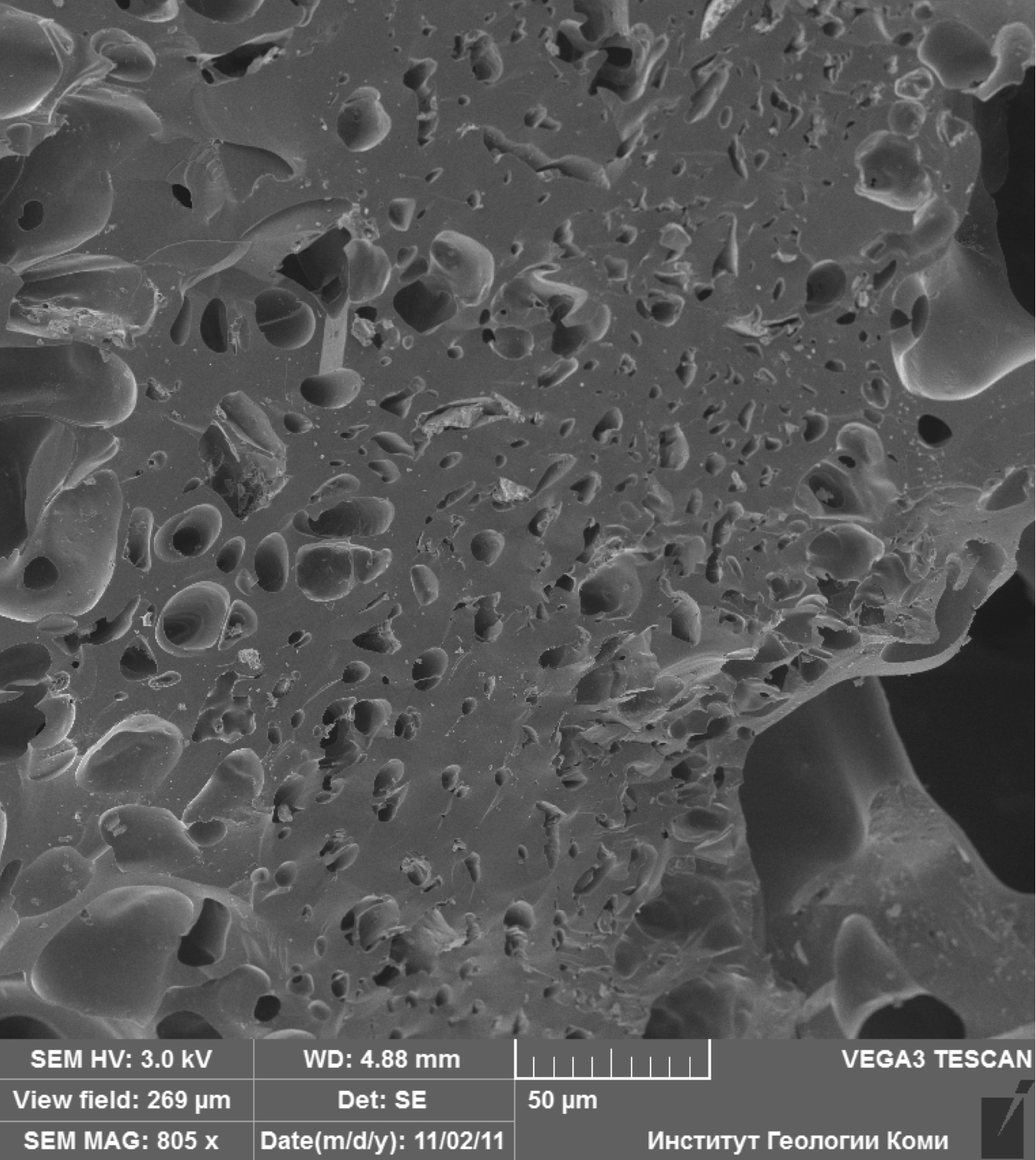 SEM image of chiemite, the “coke” of Robert Darga and Robert Huber, containing diamond and carbines.

At this year’s meeting of the European Geosciences Union (EGU) in Vienna in April, Dr. Robert Huber (marine geologist at Marum, Center for Marine Environmental Sciences, University of Bremen) and Dr. Robert Darga (ice age geologist, director of the Mammut Museum in Siegsdorf, Chiemgau, Oberbayern) once again took an all-out blow against the Chiemgau impact, which is now generally recognized (despite all the Wikipedia twists and manipulations).
Obviously they succeeded in persuading some other scientists to present a joint poster, on which their crude ideas were presented: “If You Wish Upon A Star. Chiemite: An Anthropocene Pseudo-Impactite”  The three coauthors of the poster are from Australia (Mineral Resources, CSIRO, Federal Agency for the improvement of the economic and social performance of industry).

We leave it at the short note that the chiemite, which is described in international, renowned peer-reviewed publication organs as high pressure/high temperature impactite with the contents of diamond and carbines (T = 2500 – 4000 K, P = several GPa), is of terrestrial origin and has originated from a spontaneous shock carbonization of the vegetation (wood, peat) of the Chiemgau impact area. The published methods of the chiemite investigation were: optical and atomic force microscopy, X‐ray fluorescence spectroscopy, scanning and transmission electron microscopy, high‐resolution Raman spectroscopy, X‐ray diffraction and differential thermal analysis, as well as by δ13C and 14C radiocarbon isotopic data analysis.

Scientifically the poster presentation of these impact critics, in which not a single reference is brought to the Chiemgau impact and not a single reference to the chiemite (see e.g. Chiemgau impact: new comprehensive article on the chiemite impactite, Shumilova, T.G. et al. (2018)) is absolutely worthless, far from any scientific seriousness, and should cause mockery at most in a respectable science scene. One wonders why such a pamphlet could be shown at all on the conference.